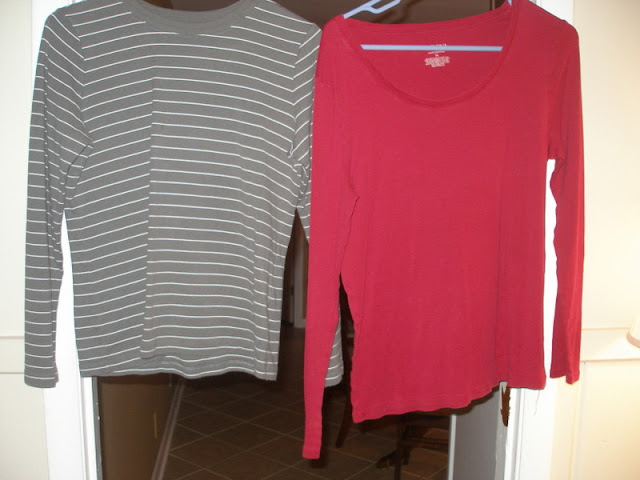 Here's the tale of two shirts that I was going to get rid of.  I really like these shirts, but they didn't fit right anymore.  The grey striped one was just too short (I have a really long torso) and the red one was just kind of stretched out and wonky, as my sis-in-law would say.  The one thing they did have going for them though was that they were both still really soft and comfy.  Therefore, I decided to make them into a dress for my daughter.  Here's how I started out:  Took a shirt of hers that she like how it fit and cut out the main part of the dress.  Looking back, I wish I would have worked out how I was going to assemble it first, because I wouldn't have cut off the part that belonged to the lower half.  It would have been nice to have it in one continual piece to sew back on later.  Oh well, live and learn. 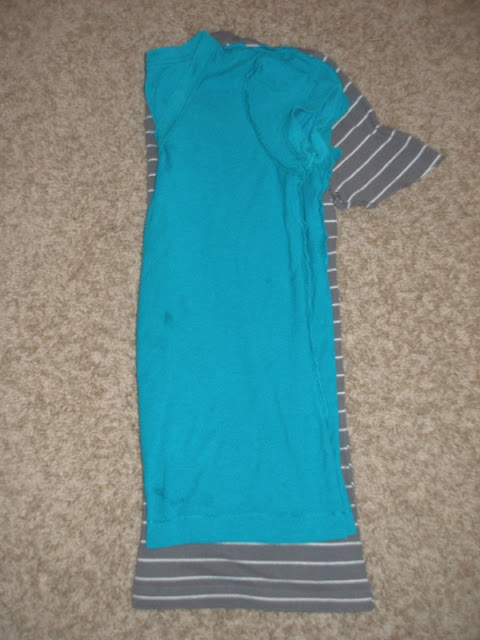 Next I cut off some pieces from the red to add length and a little color.  This is how I figured I was going to use the red, more or less.  Then I went to it with my machine set on zig zag and ruffled all of the edges but the ones around the neck.  Those I just gathered and then sewed on around the neck. 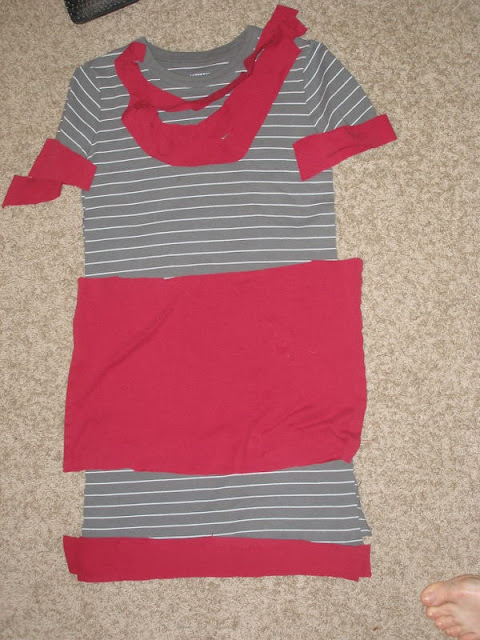 Here's the finished look.  She says it is very comfortable, but the neck ruffles are a little too much.  She's a simple kind of gal, probably taking after me.  She does like the red peeking out on the sleeves though.  I ended up not putting a red ruffle at the bottom and opted instead to just use the red thread to ruffle the edge. 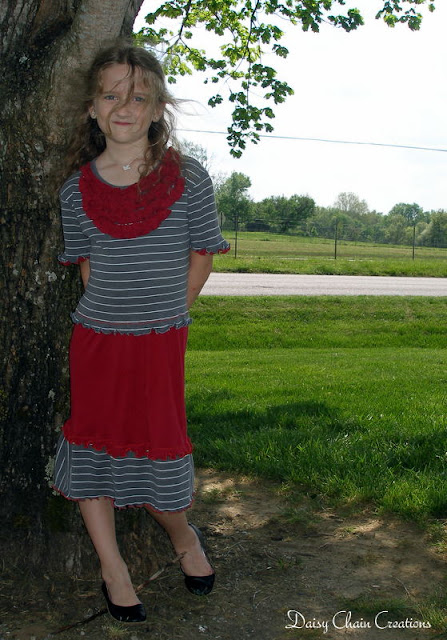 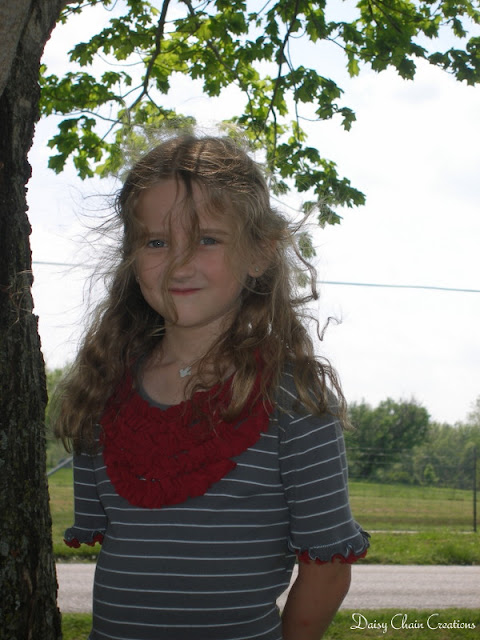