Project Run and Play is back and for the first week, the challenge is a remix of a pattern.  The pattern they picked was the party dress by Cottage Home.   And I can honestly say the dress did not inspire me, however, there were some elements of it that I did like.  I decided to take those and run with it.  The two things I did like were the covered buttons and the contrasting band at the bottom, so I incorporated them into this skirt.  Sophia is more of a skirt gal than a dress gal and that style of dress seems more for a little girl (her words), so a skirt was a good alternative.
I present my color blocked/covered button take on the party dress.

The skirt is made from white and red linen.  I made the waistband the contrasting color to mimic the sash from the original pattern, because Sophia really didn't want the sash.
I really like the contrast of the two bands and buttons against the white. 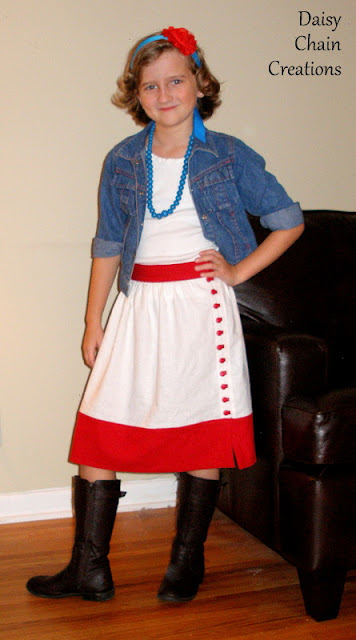 There are 13 covered buttons, of the smallest size that I could find.  It brought back memories of making satin covered buttons for my wedding dress.  My mom made mine, so I was delegated the task of covering 50 buttons. 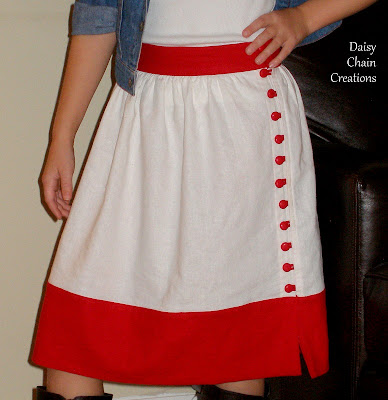 Here's the fun part...the loops were made from 1/2 inch strips of fabric that I turned into bias tape.  I put the pin there to give you an idea of the size.  Those are 1/8 inch strips made from fabric, not ribbon, and not an easy task.
I also included an underlay/panel to go under the buttons just in case there's separation from the front and back while she's walking. 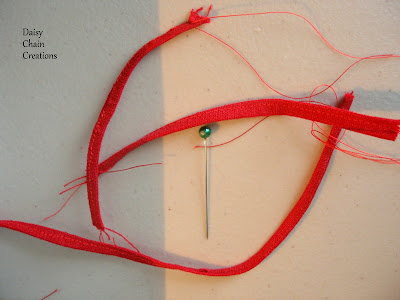 I originally had planned a cute white shirt with red fabric covered buttons on it somewhere, but was not able to get that finished.  That is because I picked up my sewing machine from getting a tune-up late Wednesday morning.  Throw in all of the other stuff a mom of 4 has to do and I barely got this skirt done in time to get pictures tonight. 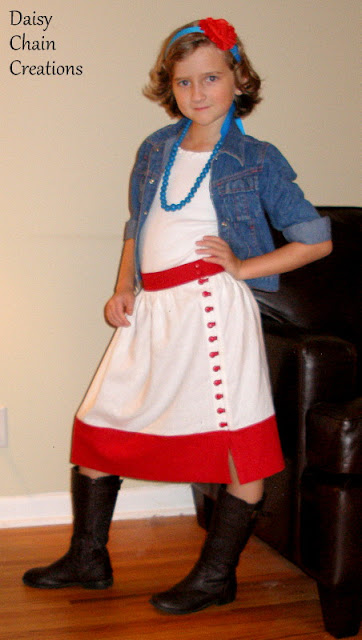 This is just a fun picture from messing around in Picasa.  It kind of has that retro feel that the whole outfit has. 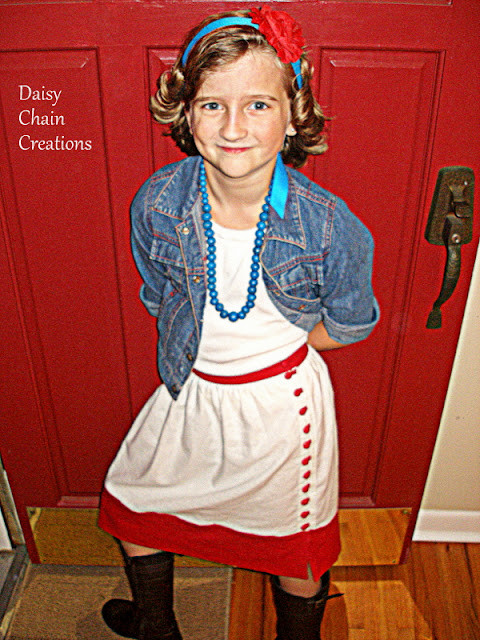 Posted by sallyavena at 6:47 PM