The inspiration for this outfit...the dot fabric of course! It looks like colorful bubble gum balls, so we went with that. Don't ask my 5 year old though, she's still insisting this is her lolly pop outfit because I originally thought I'd do 2 lolly pop outfits. Even though we went with bubble gum with this one, I still promised a photo shoot with the big lolly pops. Just like many things in life though, plans had to be changed. A cross country meet went an hour over and there were no lolly pops to be found, so it was just some quick photos outside of our house 15 minutes before we had to leave for school.
So here is my second candy inspired outfit for Project Run and Play. You can see the first one here. 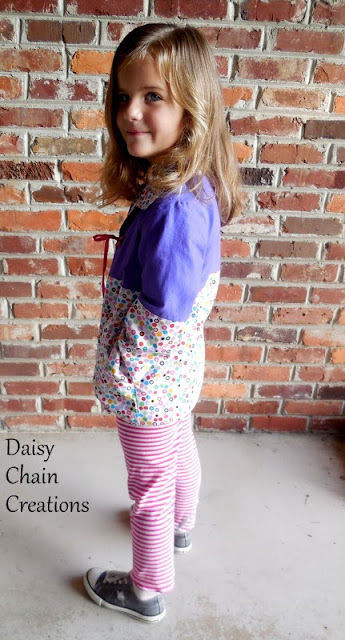 I used the Nature Walk Pullover pattern by Olive & S and it was a quick easy sew.  The pants were a remake from a women's shirt.
Here she is discovering the side pockets aren't really pockets but more of a pouch...she was startled to find that her hands touched in the middle. 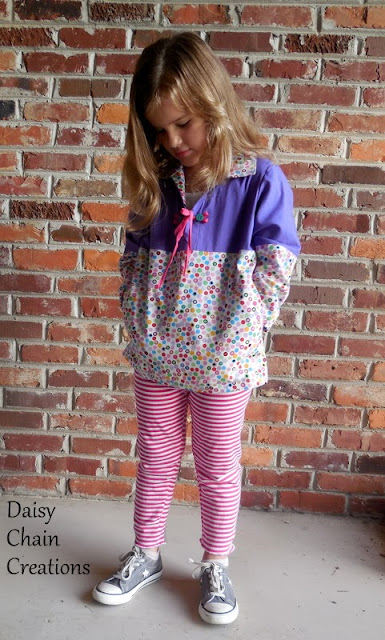 The shirt I used to make the pants (don't you love the bubble gum pink stripes?) was a V neck with a little row of buttons on some grey binding. I liked the grey accent so I kept it and just added a panel to finish off the pants. 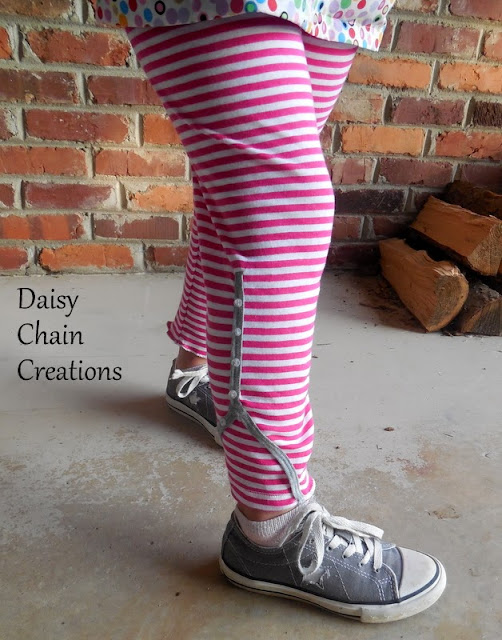 Here's a better look at the pullover. I thought it opened a little too far down so I added the bias tape tie and decorative buttons 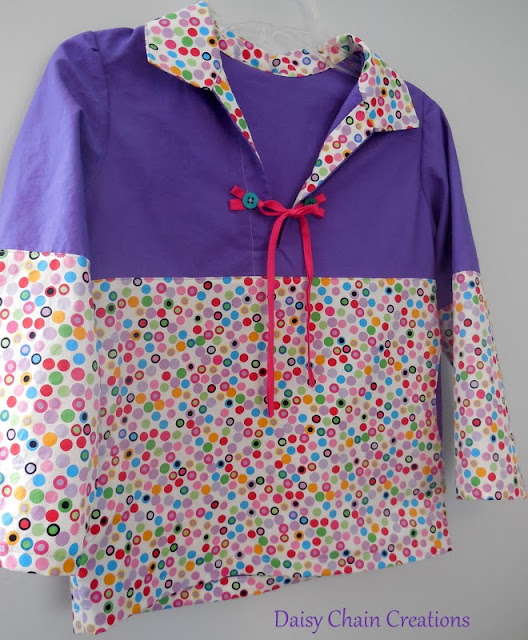 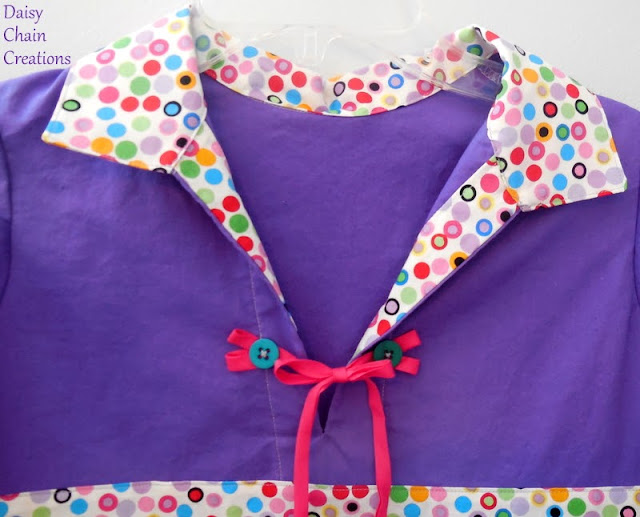 Close up of the details. 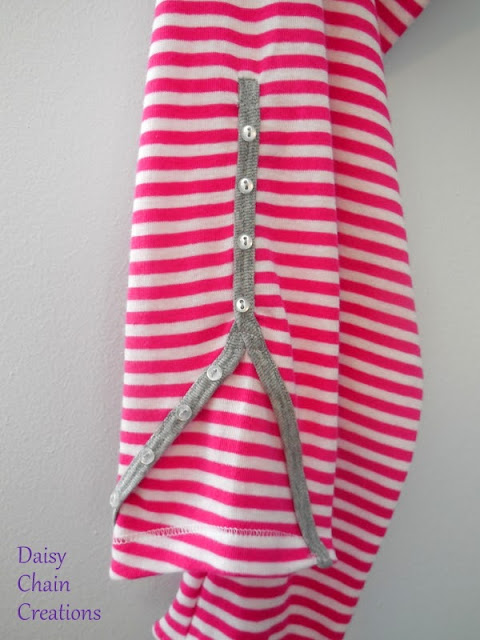 Linked up to Train to Crazy
And finally, head over to see the "Flip" for the month of September at Frances Suzanne. I'm one of the competitors this month. 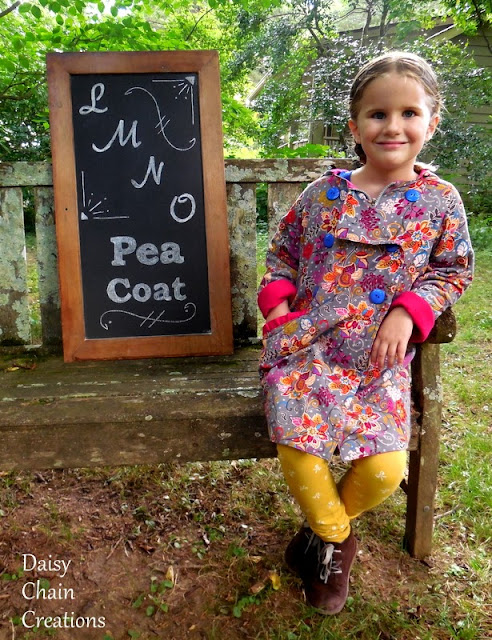 Posted by sallyavena at 1:25 PM